Why a Report Is Often a Mistake 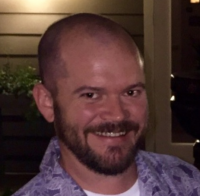 In 1961, archaeologist Nicolae Vlassa discovered the Tărtăria tablets, thought by some to be the oldest known written text in the world.  The controversies surrounding these tablets include disagreements about when they were created, the meaning of the symbols and whether the tablets themselves are even genuine.

Now, I’m not an archaeologist, but after 20 years in business intelligence and analytics I recognize the controversies all too well.  These are reports, and for at least the last 5000 years reports have had the same challenges.

In today’s analytics world reporting is pervasive, and for good reason.  Reports and dashboards are a highly effective way to convey information.

We analytics practitioners have built careers on our expertise in specialized reporting tools.  Our customers have been conditioned to expect, and even ask for, reports to answer their business questions.

Still, challenges remain.  Most organizations have hundreds, or even thousands of reports, only a fraction of which are used.

There are reports that are slightly different versions of the same information.

The time a report was run can cause confusion.

The source of a report can cause people to question its validity altogether.

As powerful as reports can be, they are a means to an end.  The end is the value of getting the right information in the hands of the right people at the right time.

Effective analytics must be focused on value, not just reporting.

While not a particularly controversial concept in theory, to report or not to report remains a question that’s often not even considered.  Most enterprises have invested in reporting tools and experts, so undeniably there’s institutional bias towards using them.

More fundamentally, organizations often fail to even define criteria to determine what delivers the most value to a request for information.  Specifics may vary by organization, but there are three core criteria that should always be considered: the time value of the information, the probability of the question and the point of consumption.

In the words of Bill Inmon, “At the heart of being able to quantify the value of any decision support system (DSS) is the notion that information has a different value based on the time of its first availability.”  The point being that the value of information can diminish over time.

Does it really make sense to build a report for information that will eventually become worthless?

To explore this point let’s use two examples from the world of finance.

Let’s imagine we’re in the loan origination business.  We can measure the health of our business by tracking our total loan originations by credit scores, property locations and interest rates, among many other things.  There is no diminishing value in monitoring this information on an interval basis.  A daily or monthly performance report is an excellent way to monitor such things, as is a performance dashboard.

Now lets imagine that we’re in the business of securities investing.  Unexpectedly, the United Kingdom votes to leave the European Union.  We need to know our exposure to UK securities and we need to know right now.  Does it make sense to build a report or dashboard to track this?

This information has diminishing value.  The real value is getting actionable information in the hands of decision makers as soon as possible.  An ad hoc solution is far more valuable than building a report in this case.

Our next consideration of value is the probability of the question being unique.  In other words, what’s the likelihood that a question will be asked again?  I’m not advocating that BI practitioners do probability math for every information request, but some degree of assessment should be standard operating procedure.

Although it’s not a perfect analogy, consider the probabilities of the PowerBall.  The odds of picking the first five balls (not including the power ball) are 1 in 11,688,053.  There are only 69 balls.

Now imagine we work at a grocery chain.  Instead of balls, let’s pick five dimensions we might use for sales analysis.

Now introduce a time dimension, and then more than one measure.

How about to track sales of each product category by store?  Maybe.

What about a drop in cereal purchases, forth aisle, third shelf, at a single store 3 days ago?

No, but it happens.

Estimating the probability of the question being asked again provides a good gauge on whether there’s value in building a report to answer it.

Many people that have read this far would recognize the example above as a dimensional model.  A report with drill paths and filters could very well be a good solution here, or a purpose built tool for dimensional analysis.  The value is in delivering answers to as many potential questions as possible with the minimum number of analytical artifacts to maintain.

Finally, consideration must be given to the point of consumption.  What is the consumer of information doing when they request it, and where are they?

If the consumer is sitting in front of a computer ready to dig into some information, logging into a reporting tool is perfectly reasonable.

If the consumer is in a call center, it may make more sense to proactively push information to their screen.  If the consumer could be anywhere, perhaps a notification via text or email is best.  The point of consumption has a strong influence on the information delivery method that will provide the most value.

In summary, a focus on value is essential to an optimized business intelligence and analytics environment.  The time value of the information, the probability of the question and the point of consumption are criteria that can help organizations deliver the most value from their analytics investment.

BI should be about delivering value, not just reporting.