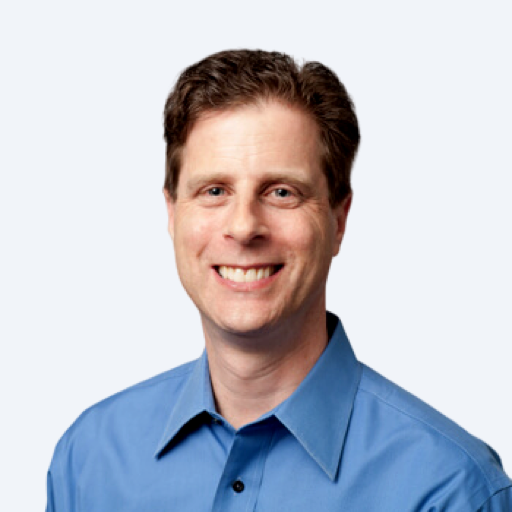 One way or another, I’ve been directly involved in the analytics industry for more than two decades. In 2012, some mutual friends in the industry introduced me to Ajeet Singh, ThoughtSpot’s Cofounder and Executive Chairman, soon after the company launched. Since then, I’ve been following ThoughtSpot as it made waves in the industry.

I’ve watched with anticipation as they rolled out innovative new products, secured huge funding rounds, and built a team of experienced leaders ready to create the next generation of analytics. A few times a year, Ajeet and I have gotten together over a cup of coffee to talk about what’s coming next in the world of analytics.

A few weeks ago, we had a similar conversation. This time, however, the conversation took a different turn. We weren’t just talking about the future of analytics as an industry, but about how I could help build that future - as part of ThoughtSpot. We batted about some ideas on the role, and then I headed home to drive my youngest daughter to her friend’s house.

A short 20 minutes later, I got a ping on my phone and there it was -  a full job description and offer from Ajeet, ready to go. When I mentioned how impressed I was at his 20 minute turnaround, his response was perfect: “It actually took me seven years, not 20 minutes. You’ve been interviewing ever since I met you. I was waiting for you to realize it.”

That begs the question: after a couple decades being involved with analytics, why was I now ready to join ThoughtSpot?

Throughout my career, I’ve always believed analytics should be for everyone, not just the select few who had data skills or could hire someone who did. In fact, I started a company called LucidEra nearly 15 years ago with the goal of delivering analytics as on demand service so every company, regardless of their size, could find insights in their data.

At the time, the underlying infrastructure and broader technology market weren’t ready for this - web technologies were still in their infancy and public clouds weren’t even around - which made realizing this goal impossible. We ended up selling the company, and I went on to lead global analytics teams at several different organizations, but I never forgot this mission.

ThoughtSpot shares this same mission, but what’s more, the environment for it to succeed has emerged. We’ve seen the birth and rise of cloud computing and cloud infrastructure and advances in machine learning and AI, two macrotrends for which ThoughtSpot was specifically built. At the same time, the explosion of knowledge workers has meant data professionals can’t possibly keep up with their requests for insights, meaning there’s never been a greater need to achieve this mission.

People rarely get a second chance at fulfilling their personal mission, but with ThoughtSpot, I have a chance to help truly democratize access to data.

Building the Next Decade of Innovation

Over my analytics career, I’ve seen more data technologies - and the vendors behind them - than I can count. Most of the time, these feel like incremental advances or improvements on what the incumbents are pushing.

Once every ten years or so, however, I see a new technology that stops me in my tracks and makes me say “wow”. This technology inevitably goes on to lead the market, driving an entirely new wave of innovation, as the earlier generation consolidates. We first saw this with the birth of business intelligence with the likes of Business Objects, Crystal Decisions, and Cognos. Later, it was the rise of data visualization led by players like Qlik, Looker, and Tableau, driving consolidation amongst the first generation.

But as the world around us has changed, so, too, have the needs of the market. As a practitioner and analytics leader, it’s clear to me the industry needs a new kind of solution, designed for everyone, built for the cloud, and powered by AI, to drive the next decade. At ThoughtSpot, I have a chance to be in the driver’s seat.

Lastly, I wanted to be part of a company whose impact goes beyond the business realm and helps shape society.

I’d helped do this while I was at Google - we started democratizing access to the world’s data. At ThoughtSpot, I’ll be able to take this to the next level, by democratizing the ability to analyze that data.

For example, you can search the web to access almost 25 million public datasets on everything from crop production to public health trends to common complaints from new puppy owners (sorry, no data yet on the complaints from the puppies themselves!).

While that data is powerful, people also need the ability to analyze that data to see trends in the data and connections between datasets if they want to identify ways to enact real change. With ThoughtSpot, anyone who knows how to search for data will now be able to analyze it as well.
This is possible because of ThoughtSpot’s unique combination of consumer grade UX and sophisticated technology. As one of the first 20 employees of Salesforce, I’d seen the potency of this combination at work when brought to solve real business problems. I’m ready to put it to work to unlock the power of every dataset.

So, I had a second chance at my personal mission, in an environment ready for it, using innovative technology, all while changing the world at large for the better. I couldn’t resist!

In one of my earlier meetings with Ajeet, he told me he was building ThoughtSpot’s stack from the ground up, and I told him he was crazy.

But to create radical change, you have to be a little crazy.

The Chance to Transform Another Industry: Why I Joined...