Welcome to the decade of data

We see this in the world around us. Think back to 2019. There’s no denying how much the pandemic reshaped our professional and personal lives, with technology driving this change at massive scale. Yet these changes, despite their ubiquity, are really the culmination of trends like cloud and automation that were well underway.

Over the last decade, multiple, paradigm-shifting evolutions in technology have gone from experiment to mainstream. The gig economy, digital content streaming, and working from anywhere, once thought impossible, are part of the fabric of our day to day lives.

But that’s only the beginning.

New advancements—like Web3, quantum computing, and 5G—are poised to build an entirely new world. As they last decade showed us, change happens faster than we anticipate. Where there is change, there is opportunity for organizations who adapt—and risks for those that don’t.

At the core of this new era: data.

Entering the decade of data

Evidence that we have entered the defining decade of data is all around us.

Not only is the sheer volume of data growing exponentially, hitting a new record of roughly 2.5 quintillion bytes per day, its impact on markets is growing, too

Just look at some of the largest, most exciting M&A in recent years. Microsoft bought LinkedIn for $26B. Oracle bought Cernber for $28B. These were brokered to acquire more data. In fact today, a company’s data can be two or three times more valuable than the company itself.

That’s to say nothing of Snowflake’s record breaking IPO or the massive valuation Databricks has been able to command. The investments and valuations of companies across the modern data stack reflect this fervor—and it’s not just because of catchy marketing.

The rise of new technologies, the massive growth in data, and the money that followed are only the foundation. This is the decade of data, not because of the technology or data itself, but because of the fundamental shifts in power they will create that will impact every facet of our lives.

The shifts in power

Today, every sector is being redefined by pervasive, undeniable, and immediate data-driven power shifts. Whether you buy into them or not, they’ve already started impacting your business.

So what do you do about it?

The time is now. There’s no escaping these shifts in power, not the impact they’ll create in your business. With the right plan, the actions you take today will set you up to ride these shifts to greater heights.

That plan starts with your data strategy. Check out the 6 rules to dominate the decade of data. Your customers, company, and career will thank you for it. 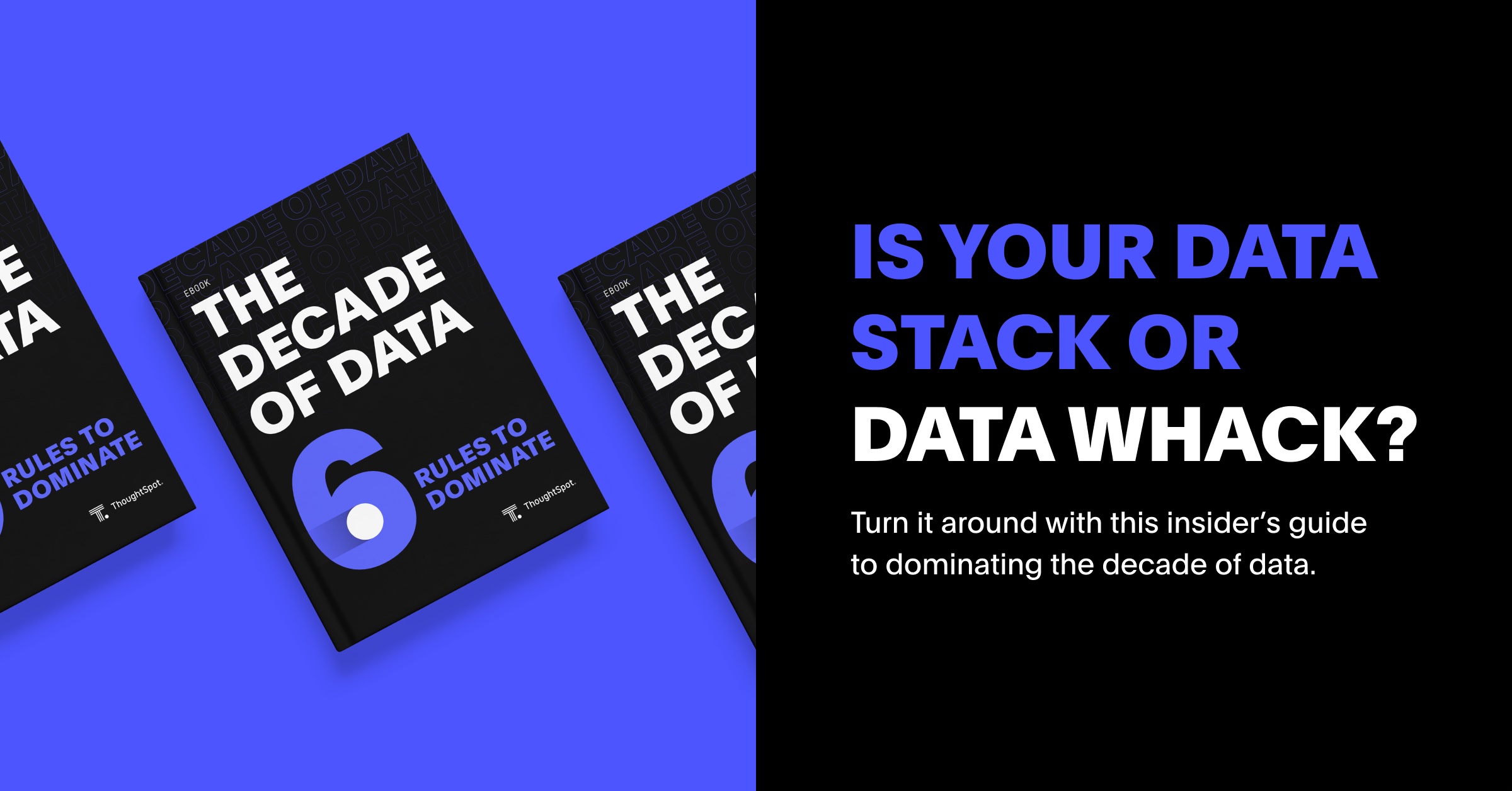