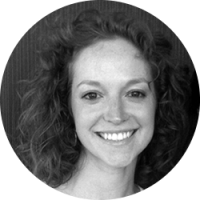 In just a few hours, two of the most recognized names in the United States will take the stage to battle it out in the third and final debate before the US presidential election. Unless you have been living under a rock, it’s been hard to ignore this election cycle. It’s been an overwhelming, emotional and confusing journey, with accusations flowing everywhere.

Everything from misuse of foundation funds, to drug abuse before a debate has been scrutinized. As a result, data and “facts” have been a major topic throughout this campaign. Whether we are fact checking policies, statistics, polls, or speeches, there always seems to be two (and sometimes even three) sides to every story.

At ThoughtSpot, we believe that data is key to understanding what’s going on, so we decided to go directly to the source and do our own fact checking. We’ve been curious about what voter sentiment actually looks like on the street and how that’s effecting who they are supporting financially. So we pulled recently published contributions data from the Federal Election Commission, and media endorsements data from journalist Noah Veltman. Memes aside, we feel confident in looking where people put their money. Here’s what we found:

Fact 1: Donors across the US are donating to both campaigns

First we looked at campaign contributions by zip code for each candidate. Both appear to have donors from all parts of the the country, with Trump supporters a bit more spread out across the middle.

Campaign contributions by region and zip code for each candidate

But when you combine the two charts it’s clear that Clinton is out-campaigning Trump by a large margin. This is not just in the coastal states and major cities, but across almost every sections of the US. Clinton has pulled in a lot more money than Trump, about twice as much to be exact. The FEC reports that Clinton raised $753M compared to Trump’s $372.8M as of September 30th.

Top 100,00 campaign contributions by region and zip code for each candidate

Fact 3: Traditional Ties Are Not Being Kept

What may surprise some people (and certainly surprised us) is that even in traditionally “red” or republican states, more money is flowing to the democratic candidate. For example Texas and Florida both gave significantly more money to Clinton than Trump, even though they are projected to hand over their electoral college votes to Trump.

Fact 4: Everyone is getting involved

Donations are coming from a diverse range of backgrounds. With so many hot-button issues on the table (the supreme court, immigration, sexual assault and healthcare to name a few) so it makes sense that people from all parts of society are showing their support. Across both candidates, donations are coming from all sides of the economy—from CEOs, executives and investors, to homemakers, students and teachers.

However when we look at this same data by candidate, the numbers are a bit different. While Clinton’s backers come from all walks of life, Trump’s backers are coming primarily from retired individuals.

Finally, it’s not just money that’s flowing towards Clinton, she’s taking all the media endorsements too. Newspaper endorsements have been a part of the political circuit for well over a century. But, according to the Washington post, this is the first time ever one candidate (Trump) has received only one endorsement. Clinton on the other hand has received 100s, and even 3rd party candidate Gary Johnson has 6! We can also see that the number of “undecideds” or non-endorsements is lower than it’s ever been. Not taking sides in this climate is akin to giving your vote to the other side.

Whether you’re a republican, a democrat, a libertarian or just plain undecided, data is key to getting past the hype and seeing for yourself what’s really going on—so you can make your own decisions with the data you have. With ThoughtSpot, we were able to use search-driven analytics to quickly analyze this data, simply by typing our questions into the search bar—no coding or technical degree needed. If you want to learn more about how to do your own analysis on this, or any other kind of data, check us out here or at www.thoughtspot.com

Super Bowl upsets LII: Analyzing How the Eagles Pull Off the...

3 Tips for Crushing Your Next Data Analytics Project ...

5 Questions Every B2B Marketer Needs to Ask Their Data