Smarter Analytics for Everyone: Why I Joined ThoughtSpot

After 17 years as an industry analyst, I’m joining a vendor - ThoughtSpot.

Surprised? Shocked? Me too.

In some respects, it feels like a sudden, crazy move.

In other ways, I’d say it’s been twenty-plus years in the making. 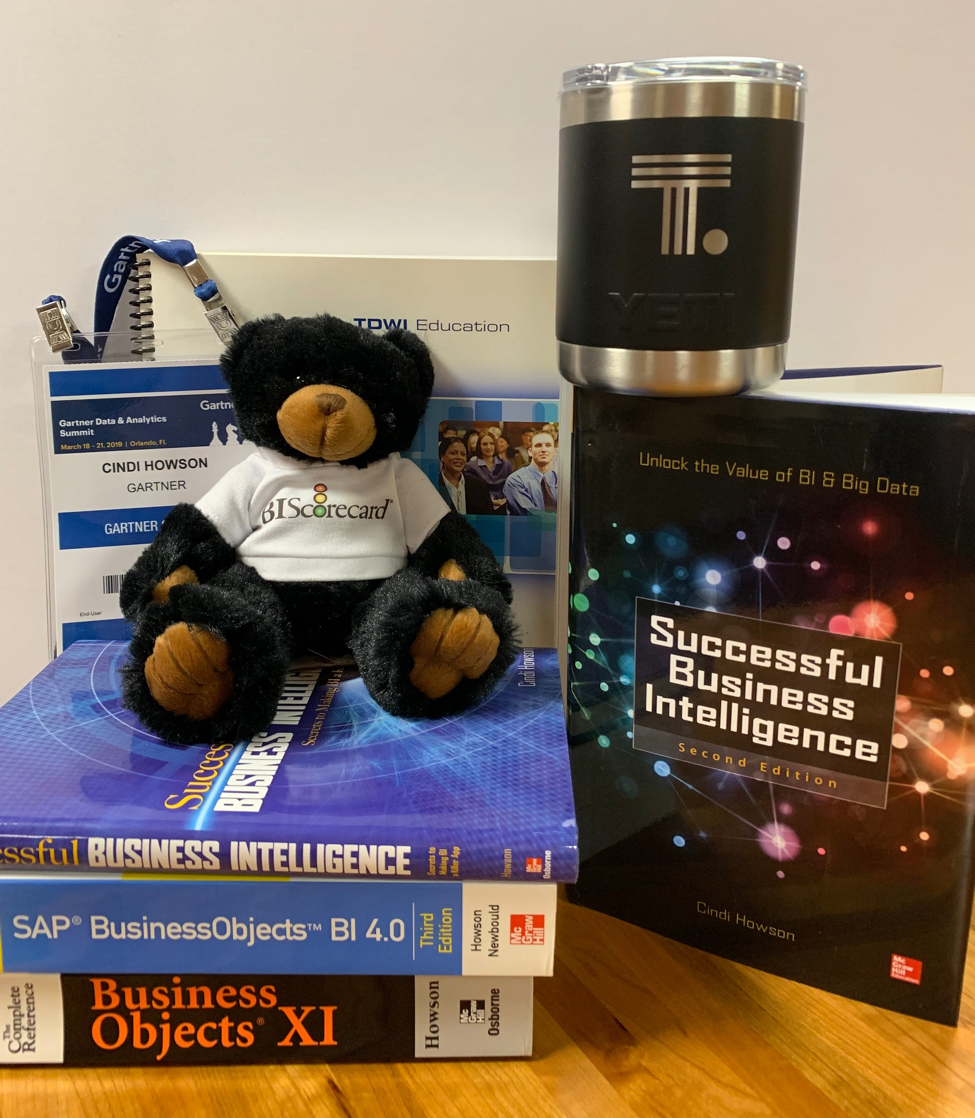 Let me take you back to 1992, when I was working for Dow Chemical in Switzerland on one of the world’s first global data warehouse and BI projects. I was working in the Hydrocarbons department with two VPs who loved technology - Eddie and Bob. Eddie so loved technology that he dared to bring a Mac into an IBM-only environment. He also issued edicts that would considered quaint today, like everyone had to write their own emails, when the mode of the day was for people to hand write messages that secretaries would then retype as a telex.

I can still picture Eddie standing in my office, Lake Zurich shimmering through the window, behind him, snow-capped Alps in the distance. I was frustrated and worried about some of the complexities of this BI project, trying to make the right decision, about data, about tools. Some very expensive EIS projects had failed before. I was also afraid of upending the status quo by making data accessible to more than just financial controllers and IT experts. I had to meet Eddie’s needs as well as the front-line field seller’s. Emotions and politics were running high.

Eddie stated his requirements quite clearly, “What I’d really like to do is push a button and go to the moon. For now, I’d settle for a f****ing report to tell me what’s going on in the business.” Eddie cursed a lot. Most people in Hydrocarbons did. I guess dealing in barrels and billions can do that to a person.

Are We There Yet?

So 27 years later, I find myself thinking, does Eddie have what he wants? Modern analytics and BI have gotten better—easier and more agile. But Eddie—a business person—would still need someone like me to do the heavy lifting. And those front-line workers often remain the forgotten children at the end of a long line of power users.

Eddie needs something as easy as a Google-like search bar to answer the business questions himself.

I have been excited about the promise of BI search since 2006 when Google first released a version of its search engine for enterprises. In 2007, several BI vendors tried to leverage this technology on top of their data. I was soooo excited!

I wrote in a BI Scorecard report:

“Will the Googlizing of BI finally take BI mainstream?”

As I was researching case studies for my book Successful Business Intelligence, every business person I spoke to about this concept was equally enthusiastic. I’d discuss it with clients in consulting days, and in talking about these concepts, you’d think I was describing the fountain of youth.

Despite this enthusiasm, search never really took off in analytics. Some of the early products had limited, but not wild, success. They were hard to set up, expensive, and the presentation of the results were less than beautiful.

But I remained hopeful.

A Light at the End of the Tunnel

It wasn’t until the middle of the last decade that my hopes for search began to materialize. ThoughtSpot first asked to brief me in 2014, prior to launching a real product, when I was running BI Scorecard and teaching for TDWI. Normally, I would say, “no,” to such briefings - I could barely keep up with the 12 core vendors I was already covering. But as Renee Zellweger said in “Jerry Maguire”, ThoughtSpot had me at, “we do BI search.”

The product officially launched in 2015 and I wrote their Cool Vendor note while at Gartner.

I’ve nominated other cool vendors doing BI search over the past four years. Some have since been acquired or changed market direction. Other’s products are just now coming to market.

Over the past few years, ThoughtSpot has evolved beyond simple search to augmented analytics to make it easier for regular business users to find insights. The product answers complicated queries and tough business questions, such as, “Which part has had the most failures for products shipped in the last month?”

While it may seem easy on the surface, there are a couple of things about this business question that are difficult:

ThoughtSpot makes this type of business question look easy, even for the likes of Eddie, Bob, and frontline workers. They have a goal of making a more fact-driven world by enabling anyone, regardless of technical talent, to answer data questions. That’s management guru Jim Collins would call a BHAG — a big hairy audacious goal.

So Why Did I Join?

For me, I’m hoping merely to get analytics and BI adoption from a mediocre 35%, to 100% of employees of any organization. In my role at ThoughtSpot, my goal is to help our customers and prospects understand how best to leverage analytics and AI for digital transformation - with all the politics and culture change that goes with it. I know the product’s strengths and weaknesses and will help close the gaps that matter most to customers. I’ll also continue my work in data and AI for good, women in tech, and AI ethics, topics important to our industry and society as a whole.

Now, over the years, I have often said the best technology doesn’t necessarily win the market. It takes so much more: excellent execution, fantastic marketing, partnerships, and maybe some degree of luck in timing.

And what ties all of these together? Culture. I think ThoughtSpot’s secret ingredient is the culture, that the founders describe as “Selfless Excellence.” It means putting the customer, company, and team ahead of oneself, while still attempting to be world-class in everything we do.

When they first described this to me, I was skeptical. After all, much of the software industry feels the opposite of this. I work in an industry where kindness and humbleness usually get trampled upon. ThoughtSpot’s customers have convinced me of the value of the technology. But if they—we— can change the way business is done and how customers are served through stronger cultural norms, that’s an even bigger accomplishment than simply delivering disruptive technology. It’s redefining the future of work.

While trying to decide if I was ready to take the plunge and join a vendor, I had a conversation with co-founder and executive chairman  Ajeet Singh about ThoughtSpot’s long term intentions in this space.  His reply: “We are only 2% done, there’s a lot more to come to our search and AI-driven analytics platform”

I’m looking forward to playing a part in getting us to 3% done.