We live in a world with more data than ever before. This data explosion is only accelerating, meaning systems need to look at more and more information.  For example, many of our customers typically run queries such as “best performing stores by revenue in 2019” over billions of rows and data values - and they expect insights back in seconds. Therefore, we need to make our individual c++ services as light as possible by looking for every opportunity to cut down memory usage.

Pprof is a very powerful tool to achieve this goal. We recently used it to find bottlenecks in one of our customer usage services, which are services that keep historical searches and user preferences. The result? We reduced its memory footprint from 4.4GB to 2.1GB.

One of the most useful ways to use pprof is to generate an image of the current heap memory usage. For example: 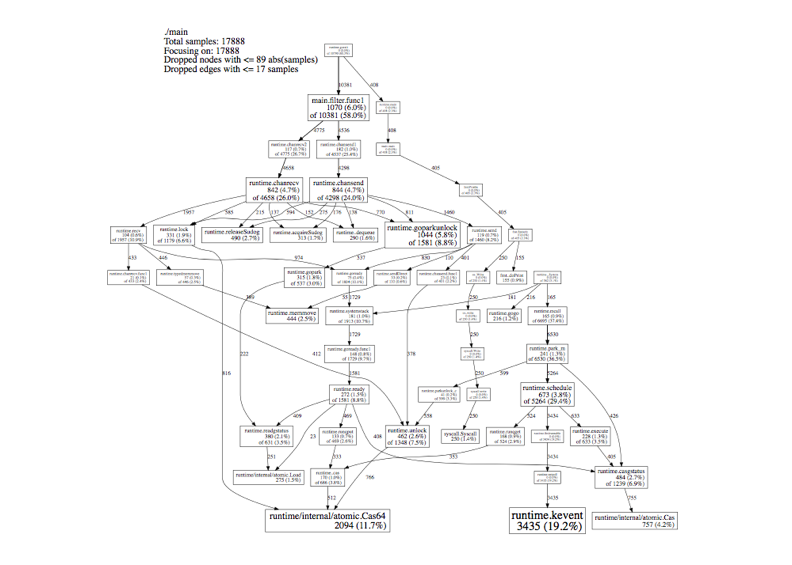 Here’s how to do it.

Step 1: Getting an SVG presentation of the current heap allocations:

The generated SVG would look like in the image above. Here is how to interpret this image:

Need Proof? Here’s what we did at ThoughtSpot 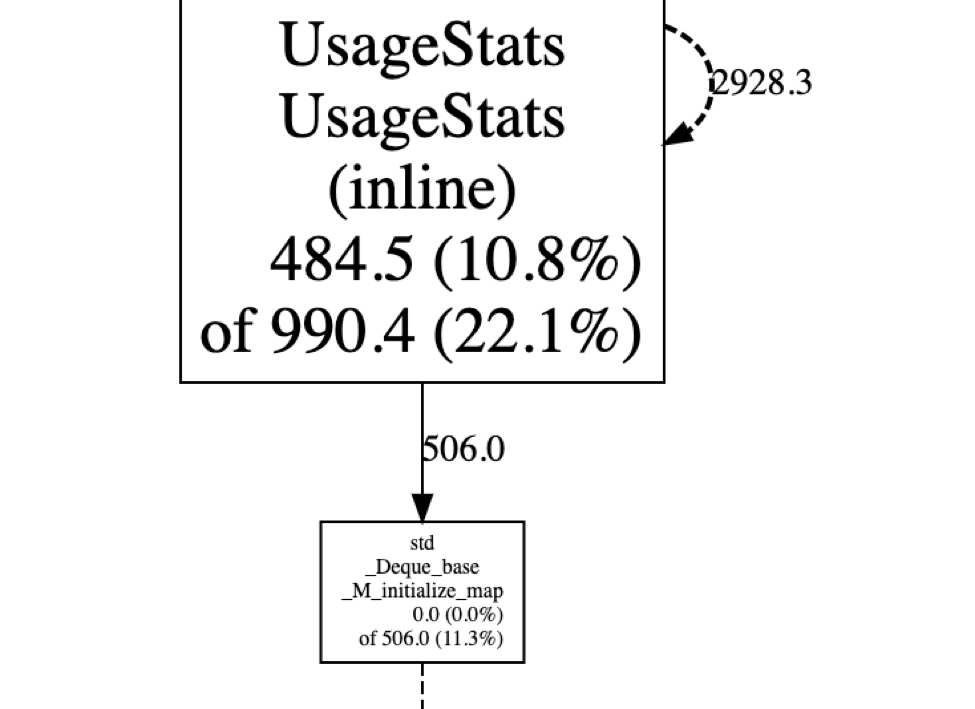 The main takeaway: with c++ standard data structures, it is hard to know how much heap memory they take without knowing their internal implementations. When in doubt, pprof can be used to know exactly how much memory these data structures consume. Simply build a test where you initialize one such structure and add some elements, then use the commands in step 3 to see the full list of memory allocations.