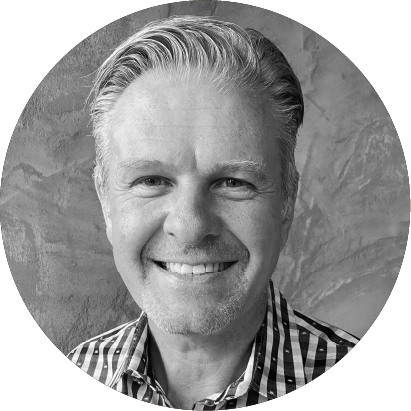 Sully McConnell serves as the Chief Data Officer of The Hartford, where he has been since 2018. In this episode, Sully discusses the challenges he faced as a new data chief trying to innovate the infrastructure of an established company. He shares what worked, what hasn’t, and how he’s helped shift the team’s mindset so they can all make the changes needed to modernize the company.

What are the pros and cons of trying to anticipate the infrastructural needs of data for a company that’s over two centuries old — like The Harford — that wants to stay relevant?

The bad news is we are a 200-year-old company, but of course the good news is that our systems are only a hundred years old! Probably the biggest challenge I would say I’ve had in thinking about helping create this shared vision in the enterprise — which is a very cloud-centric one — is that [because of] the age and culture of the company, it understands risk very well as an insurer. Perhaps [it] is risk-averse to the point that we’re probably later to cloud than in retrospect we would like and perhaps later to cloud than some of our competitors.

The pace of change in our field is crazy. Things are changing very, very rapidly, driven in large part by data volumes growing and the need for data freshness to grow, and the need to embed analytics into business processes and the importance of cloud and all of that. So with so much change, you really have to keep abreast of it and really understand what of the most innovative companies are doing in this space.

The suite vendors are really trying to bundle as much as they can because that’s their opportunity to grow. And my personal opinion is the big innovation is with the smaller companies that are thinking about things cloud-native … Data has gravity; all of these very interesting services are gravitating towards these very large, large volumes of data in the cloud, so all of that innovation is happening in the cloud. … So we think a lot of the innovation is being driven by these smaller vendors that are cloud-native and give you very, very interesting characteristics for the application space that they’re in. … I think it is something like in 2023, 90 percent of the organizations will say they are competing on data and analytics. It’s something like that. And I think if you think about the opportunity that data and data science and AI has to make an impact on an organization’s bottom line, you have to believe that. So if you believe that, then you have to take advantage of as much of this innovation as you can.

In what ways has Sully tried to move the needle of change forward?

We’re buying skills in some cases from the marketplace. We’re borrowing skills from our vendor partners that have good cloud and cloud data management skills. And we’re going through, in large part, putting together a great educational plan to upscale our existing workers. It’s going to take all of that.

How does Sully set a portfolio of technology to invest in without ripping it out or swapping it out, and what does its time horizon look like?

We have a very large vendor that we have authored a large amount of integration logic in this vendor’s technology to the point that it’s impractical to think about ever moving it. The cost is large to the point that it will be challenging for us to do that. And it’s tightly coupled to the technology around it. And so as we think about an environment moving forward, we’re thinking about smaller sets of services from smaller sets of vendors that connect well together so that you have this ability to, as the space changes and evolves, you can move pieces of the technology stack out without being tightly coupled to the things around it. So that’s going to help. And then how will I think about the time horizons around investment? In some of these technologies in that context, I guess it would be over the reasonable lifespan of the platform, which I’d measure in a couple of years. So two to three years.

In the data space, probably the biggest change is just the impact that open source has had given these very large volumes of data and IoT streaming applications. The open-source community has had to implement things to keep up with those demands. I think that’s probably one of the biggest changes. And maybe second, of course, the ability to stand up these data-related services in the cloud very, very quickly and take advantage of all of the cloud infrastructure dynamic scaling, the ability to separate compute and storage, all of these very interesting things in the cloud that allow us to build data ecosystems, which are much more interesting than they used to be even a couple of years ago.

Is the cost of cloud worth the agility it brings?

I think this plays out over time, and I think I have a perspective on it. I don’t know that I have the data to support it, but it would be hard to argue that, on a unit-cost basis, you could have something on-premise that would be less expensive. It’s hard for me to imagine that on a unit-cost basis. So I appreciate that there are numerous people who have moved these big applications and ecosystems to the cloud; they’ve claimed that their costs go up. It has to be because it’s driving an increase in demand, at least in my head. That’s how it plays out. So you move something to the cloud, it’s better, it’s easier to access, it drives more value, and you have more demand for it, so your costs go up. It has to be that, and I’d be hard-pressed to say it’s a unit-cost thing where the cloud is more expensive.

This is just an example. Amazon, which is a tremendous consumer of AI, they apply it in tons of business processes. They were using it for hiring, and the anecdote is they had to stop that because their AI models were preferring men significantly over women. And you sort of understand the reason for that, right? It’s because they have 10 years of history of data hiring that go into the model and you look at the history of the past 10 years and that’s the cause of the drivers. So I think the ethics behind AI — it’s interesting. We are in an industry where outsiders really want to understand why we do some things like pricing. And so to the extent you start to apply some of these newer techniques, which are more black-box techniques to make recommendations, it’s challenging. But I think that there’s some really interesting work being done to try to take some of these black boxes and make them a little more translucent. I think that’s where it starts to become really interesting. I do think you have to be cognizant that AI can be applied in a way that can make some recommendations which, much like the Amazon situation, have a bias.

On emerging from failure with lessons learned

I’d left Aetna US Healthcare to join a relatively small startup of about six people. I thought it would be fun. Very interesting people with an interesting idea. This was ’98 or something. And the idea, loosely — it was way ahead of its time — was that you could apply these algorithms that would learn and they would make recommendations. We grew to about 20 people and we sold ourselves for, I don’t know, I think it was $52 million without any venture capital to a company that went chapter seven within a year. So none of our stock vested. That was a great learning moment, and maybe the thing that I learned is: it doesn’t matter. You pick yourself up and you move on and great things can still happen.

As a sports fan, what mindset translates well from the locker room to the data center?

If I apply anything, it is this idea that you have a team orientation that no person is bigger than the team and everyone is in it for the team.

For what is Sully most grateful, and how does he stay positive?

I have an awesome, awesome, awesome 18-year-old daughter who has known [since she was] 12 that she wanted to be an astrophysicist. And she’s completely committed to it and she’s a super genius and I’m grateful that she knows what she wants to do and she’s all in and she’s just a great, great kid. And that’s probably the big thing. I’m also grateful that of all my sports teams — I don’t know if everyone can say that they got a chance to see their team win a championship, and I did! … I’m grateful for that. And how do I stay positive? The alternative’s no good, right? It’s a choice.

Sully McConnell serves as the Chief Data Officer of The Hartford, where he has been since 2018. He is an innovative technology executive and change agent with deep subject matter expertise in the business intelligence, big data, and analytics domains.

In addition to experiences with multiple Fortune 100 companies, Sully has demonstrated exceptional leadership skills in startup situations, having helped create a 20-person software startup in the CRM marketspace without using venture capital. He was on the executive team and helped bring the company to a successful exit strategy (selling for $52M in April 2000).

Sully has been able to leverage these skills and experiences to help large organizations execute more effectively and to manage the cultural transformation necessary to compete on data and analytics.