Donald Farmer, Wayne Eckerson, and Tom Davenport on data and analytics trends to watch in 2021 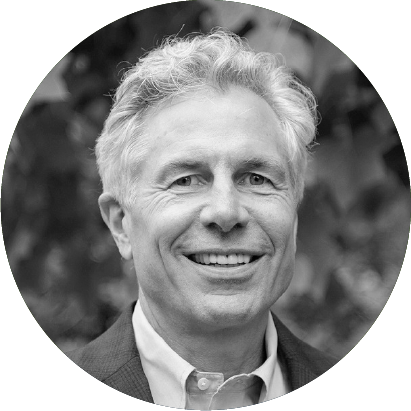 This week we have a very special episode featuring insights from three data and analytics leaders on what to expect in 2021. You’ll hear from:

They discuss everything from how to remain relevant in the rapidly evolving data and analytics industry, what technologies will have the biggest impact on our lives, and what the future of the workplace will look like and what those changes mean for your business. Enjoy the lightning rounds on Super Bowl predictions, snow, and best books to read!

The technologies that will have the biggest impact on our lives in 2021 aren't going to be brand-new, wild breakthroughs, but technologies that have heretofore been underutilized and brought to the forefront in new ways -- like natural language.

Data storytelling may be hyped. Data-driven decisions are largely influenced by emotional, personal, and political factors. We really use data to defend decisions we've already made rather than allowing it to give us a reason to change course.

Donald predicts that 2021 will be the year our field begins to recognize that diversity, inclusion, and equity are not just things to aim for, but actually crucial for achieving what we're aiming for.

William Gibson said that the future's already here, it's just not evenly distributed. So I think that's actually very wise. So my prediction for 2021 will be that technologies that are already here, already working, and already well established will come to the fore. It's not going to be some great new breakthrough; it's going to be something which is already here and works.

Natural language is finally at the brink of having a real breakthrough in terms of usability and functionality and usefulness.

Donald once said that:

Data-driven decisions are largely influenced by emotional, personal, and political factors.' Does he still stand by this?: "Absolutely. ... When I was starting in this business, we called it decision support. We think that data supports us in making decisions; we actually use data more as decision defense. We use it as a way of defending decisions that we've already emotionally made. I've rarely met someone or seen a situation where somebody who's confronted with the data has changed their mind significantly about a decision and made another one. ... It's the storyteller and the emotional impact of the story that matters.

What Donald finds wrong with 90% of the data storytelling we do in business:

The story isn't particularly compelling or morally important, we're not particularly good storytellers, and we use the technology to drive what we're doing rather than just to support our interpretation and the story that we're telling. ... I think we don't bring enough of the kind of wider aspects of education and culture into technology.

Does Donald think 2021 is the year we'll use data to make progress on inclusion and equity in our field, or is it too soon?

Well, it's not too soon; it's too late! It should have been done many years ago. But given the trajectory we're on, I think we might see some significant changes in '21, particularly because we're becoming very aware ... diversity has become not just an aspiration, but a critical component for many people ... about how they view the success of the company they work for. I think we are seeing people in the industry starting to recognize that diversity and inclusion and equity are not just something to aim for, but actually an important part of how we achieve what we're aiming for.

Advice for data and analytic leaders:

I would like to see people becoming much more comfortable with being able to navigate ambiguous situations rather than trying to reduce the ambiguity and clarify things, which leads to a false sense of certainty. I would much rather see people embrace ambiguity.

The COVID-19 pandemic, for all of the tragedies it's inflicted, has given us all a reset button for how we structure work-life balance. More companies are coming to understand that virtual workforces can Data exchanges, business monitoring tools, and data ops are the three huge developments in our field relieving pain points that have vexed companies for decades.

Effective change management relies on appealing to the head, the heart, and the herd.

I think COVID ... has given us all a huge button to reset how we structure work-life balance. I know a lot of people are finding there is a silver lining, despite all the tragedy out there, that they've reclaimed some of their personal lives back and able to reprioritize what's important to them personally, and to their families. ... I welcome all the companies that are now finding the joy of a virtual workplaces, and I think hopefully that they'll see that people can be more productive [and] teams can be just as effective. ... [it's] a huge opportunity to give your workforce ... the autonomy they need to do what they need to do when they need to do it. ... There's no teeth for click-tracking software because hopefully [employers] realize that most of their employees are working more and they're getting more productivity from them

The technologies Wayne sees as having the biggest impact now and in the years to come:

Data exchanges, business monitoring tools, and data ops ... are three huge developments in our field that we see emerging right now. ... It's been so hard for companies to find good external data, bring it into the company, [and] consolidate it so the people who need it have easy access to it, and then integrate it with your existing data. That's been a huge pain point for decades; now we have tools or platforms that make it much easier to do that.

Research from Harvard Business Review suggests that lack of people change management is one of the top barriers to a company being data-driven. Does Wayne concur and, if so, what does he see as the solution?

Yeah, it's a huge issue. ... I have this little thing that I derived from reading a couple of books on related issues. So to change, you need to appeal to the head, the heart, and the herd. The head, you have to tell people what's changing, why they need to change, and what's expected of them. The heart, you need to give people some incentive to change, whether that's monetary or financial or, better yet, some cause that's greater than themselves that they can throw themselves into [and] be passionate about participating in. But the most powerful change agent is the herd. ... If we can get the herd pointed in the direction we want, then everyone else will follow. There's a lot that goes into devising tactics and strategies to appeal to the head, the heart, and herd... and a lot of it has to do with getting people out of their fixed roles that we tend to put people in.

Because it's difficult to show progress in data architecture and governance, Tom predicts that overseeing them will no longer warrant full-time positions, but become combined with analytics and other roles.

Data scientists who want to remain relevant in the 21st century need to understand more than the cold algorithms of modeling, but also how their models will be deployed and practically applied by humans to improve the business at hand.

I think that more CDOs will realize that it's pretty much untenable to focus on things like data architecture and governance ... [because] it's really difficult to show progress, and certainly no one ever sees perfection in that regard. ... It's fine to combine the roles of chief data and analytics officer.

I talked to a ... senior manager [at RBC], and he said, 'I can choose between the data scientist who understands lots about data and algorithms, but knows nothing about my customers and nothing about the business problems ... or I can get somebody who understands my customers and who is quantitatively literate ... and using [existing] tools, they can develop models that are just as good. Frankly, I'll take the latter in most cases.' And I think that's a smart decision for organizations to make, although not very many of them have.

Advice for analytics leaders in 2021:

I'd like them to focus a little bit more on some of the cultural and behavioral aspects of the job. I'm a sociologist by academic background and that is the part of this that has always interested me. ... I think there's still a lot of work to do and we've made a lot of progress on the technology, but we haven't made nearly as much progress on the human side.