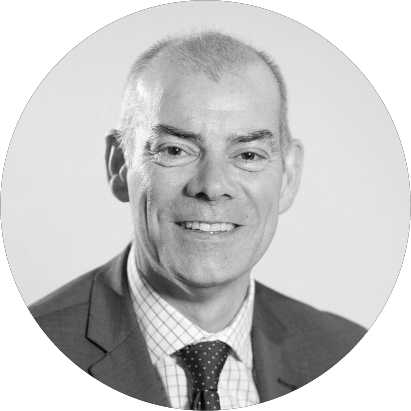 On this episode, Craig and Cindi discuss the life- and cost-saving benefits of leveraging data to make the best choices available, how moving from financial services into healthcare has given Craig a more holistic view of what's possible with data, why an individual should never stop learning and broadening their skills at any age, and establishing beneficial relationships with vendors that make you partners in each others' success.

Medibank are traditionally known as a health insurer ... but the bit that probably excites me more than their health insurance is the health services element. ... This is where Medibank provide things like chemotherapy in the home, dialysis in the home, cardiac rehabilitation in the home [especially practical in the age of COVID-19], and it's all driven towards making lives better for Australians -- their health and well-being ... [while] keeping premiums down.

Typically we would think that the most expensive of the procedures probably means that you're getting the best outcome. The data says that's not true. ... [So] there is a listing of practitioners available to customers so you can make an informed choice about the cost of an operational procedure [and] the individual [doing the procedure].

How do we respect privacy while also leveraging it for the greater good?

In Australia, there's a famous place where there are approximately 50 suicides a year, which is called The Gap ... in New South Wales. And there's an institute that is looking to put sensors in and around that area so that when individuals go to this area -- potentially to commit harm to themselves -- they would ideally like to be able to tap into those individual's health records to see if they had a predisposition or some mental health illness beforehand. So they can save a life. The question then is: would exposing all of this information to save a life be the right thing to do, or would some individuals believe that incurs on their data privacy? And the answer is probably both scenarios are right. It's a case-by-case basis. ... I would say if it saves a life, what a fantastic outcome, but ... some individuals would decline that offer.

Addressing a 2018 CIO article that says Australian companies "suck" at data and analytics because of their risk-averse culture, lack of talent, and reluctance to experiment:

I'm going to say yes and no. So some clearly don't, [but] there are things that I was doing in the UK 10 years ago that still aren't being done in Australia. ... People will say that there's not a lot of talent in Australia; I would argue that Australia has done a lot to bring talent in globally. So if I think about my time at ANZ bank, the vast majority of the team actually was not Australian. They were European or American in the modeling team and in the data management team, but with the view of educating Australians -- to bring them up to that kind of capability that their counterparts are at.

Is Australia behind the times in accepting cloud?

I'd say it's differently secure. And remember: usually you're the owner, regardless ... it's a shared-responsibility model. ... You need to leverage what tools are out there and what you want as a control mechanism against your company's risk appetite.

How Craig tackled changes that needed to happen when he took the helm -- particularly when it came to adapting relationships with vendors of possibly less relied-upon solutions:

When I went in and I had lots of conversations with stakeholders, it was pretty clear that they weren't happy with the environment [and determining what needed to change was] fairly obvious. ... Over the course of time, I would be in agreement [with] ... a cloud-first strategy But ... one of the first conversations I had with one of the vendors for the data warehouses, he was very direct and he said, 'Craig, are we still going to be here in 12 months?' And my answer to that was, ' It really depends on the proposition that you're willing to put forward and the strategic outcome that we can both work towards.' I mean, if you're a strategic vendor, then I'm very open-minded.

On keeping data secure without disrupting its use to analysts:

I don't want to stop anybody doing any analytics, because the more insight we've got, the better the outcomes. So, so to me, they need to be doing more of it, not less of it. What I need to provide them [with] ... is a safe environment to be able to do that, and that's what we're looking for: providing them [with] the right tools to be able to do so as well.

How did Craig connect with the existing team when he came on board at Medibank?

I was quite honest with them, and I always try to be very honest with my team anyway -- so they know where they stand. I'm not going to beat around the bush, either. So the first conversation was, 'I've been brought in because things aren't going as well as they could be. And I think you're all adults and you all know this, so how do we work together to make sure the outcomes are better outcomes for everybody? I'm not talking about our customers or stakeholders -- you guys.' Simply put.

How Craig adapted to remain relevant in his chosen role in a former field -- even when a higher-up was slow to recognize it (note: this strategy can be applied to any role in any field):

I found a role and I moved into fraud analytics, and I deliberately picked something different from risk and financial services. And then I moved into, decision systems and implementation of decision systems because I wanted to broaden. And each step along that journey, particularly in the early days, was as much about my desire to prove that I can do it to myself and to this individual.

Craig Rowlands is the General Manager of Medibank. He is an ambitious leader with a proven track record for delivering major projects and managing data management, production, and business intelligence solutions, enabling optimal performance via leading-edge warehousing infrastructure, improved functionality, and best in class data quality controls and checks.

Craig Rowlands a highly experienced and technical analyst with a clear understanding of the strategic importance of data warehousing, business intelligence, and analytical software within an information-dependent business.