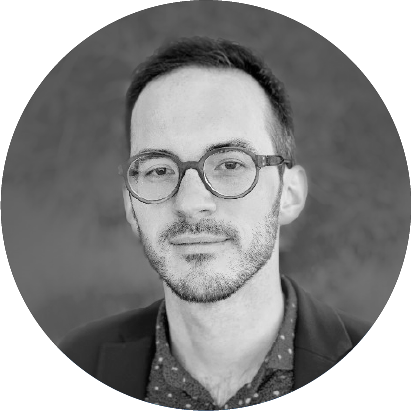 City and County of San Francisco

This is Part 2 of our interview with Jason Lally, the Chief Data Officer for the City and County of San Francisco. (Listen to Part 1 here.) In Part 1, Cindi and Jason talked about the kindness of data clarity and the power of a declarative mission statement. In this episode, Jason discusses making the government's data work for the people it serves, the key gateway to better communication, and how to turn problems into opportunities.

What it's been like working with rapidly changing COVID data over the past few months:

What's interesting about what's going on right now is that it's a lot of the same things, but condensed in a very small period of time. So it's a lot of the same things that we've been dealing with the past seven years. Things get faxed and they get input by the humans from one system to another. That happens with COVID. … So largely what's happened now is the data is getting into the case data quicker. There's still lags, there's still issues, and we're working on trying to communicate what those remaining kinds of things are. And there's not even any number of data pipeline work we could do -- the reality is that there's a specimen collection date and it takes a while for a lab result to come back; there's going to be a lag and that's going to be natural. So those are the kinds of things that we're working on trying to communicate and help people understand, because it can be confusing.

Not many data and analytics teams even have a mission statement, so what was the thinking behind presenting this one?

In order to be effective in this work with few resources, I think it forces you to get clear on what you're doing and why you're doing it. By being clear, by executing on a mission over and over again, it helps to build trust in what we're doing and I think that clarity is kindness to all of our stakeholders.

What's been the biggest impact data set of 2020?

It really is the work around COVID; even without trying, everybody is looking at this data right now because we are in unprecedented times. I think in terms of the impact on the organization and what we're doing, it's tremendous because one, not only are we getting the data out there, but we're doing the things that we, as a program, as DataSF, have always wanted to do, which was level up the way we communicate, we respond, we take feedback. … The data is kind of tricky, but we're committed to listening to that feedback and trying to make it better over time. And I think when I look at that, that's where we want to be with any open data, regardless of a pandemic, we want to make sure that we're helping people unpack and understand the data sets that we're putting out in the world and we're not just doing checkbox transparency -- that we're communicating and that we're also listening.

What does DataSF's COVID-19 tracker data usage look like?

[It's 1654%+ in sessions, 1404%+ in users, 903%+ in users]. We launched on April 7th, the initial set of dashboards. They did the press release and it was just incredible. It goes in these peaks and valleys, but the thing that is consistent is there are definitely people looking at it every morning at 9:00 a.m.

Jason doesn't just publish data sets -- he publishes stories. Why does he feel this is important?

Our thinking is that data without context is sort of inert. Data can highlight things, but we really need to tell a story around it. And one of the things we've been doing that is really important is we engage. In our emergency operations infrastructure, there's a joint information command, which is where all the information dissemination happens and it's set up in the incident command system so that we are consistent. You don't want to be giving different messages. You want to make sure that people are washing their hands, sheltering in place, right? You want to do that consistently for public safety reasons. So the storytelling is really important because we want to make sure that the community knows that we are listening and that we are highlighting things that might not be super obvious in the data.

Does a data professional need to develop their own storytelling skills, or are they better off collaborating with a professional communicator to share their stories with optimal impact?

If you're a data leader, there's only so much time in the day to sort of cover. So I think you need to be [able to] understand what good looks like enough so that you can know [when something] isn't good enough [and you] need to bring in someone who's really good at [communication] to shape it up a little bit.

What skills would Jason like to see aspiring data professionals honing more frequently?

At DataSF, we're really looking for technical aptitude, data literacy, but we're also looking for folks who can communicate -- who can put together a good deck and distill the thing down. It's not about journalism. They don't have to be that level of communicator, but I want to make sure they've thought about it when they present it back to us, that they are really thinking about their audience. When we're educating future data professionals, it should be a well-rounded curriculum -- because we are most effective when we can connect to the people who are the experts, right? When we can connect to them and communicate with them, it makes our work that much better.

Jason's advice to a newly minted city or county CDO:

Start by listening. And to do that, you find the people you need to talk to and the people they say you need to talk to, and you build a community and you listen. I think that's true even if you are coming into a team that's fairly well established that might have a strategy, that might have an approach. Sitting down and understanding what is the culture? What are we working on? What's important? And then you've got to distill that and you've got to make decisions, but I think really, no matter what, it starts with listening.

What does Jason consider the biggest block to executing his vision: people, access to data, technology, or culture?

I don't think it's a blocker; I just think it's something you have to address. In our case, an organization of 30,000 plus people, 50 plus departments with various divisions, when you're on a path toward a vision, communicating consistently with all those people in all those different ways is challenging. You often have to say the same thing in seven different ways until people really get it. It's not that people are getting in the way or technology gets in the way or data -- all those things are there. They're all challenges. But I think when you're trying to build a coalition around moving the organization forward, it really is communicating: what are we doing and why is it important and what problems are we solving?

The most effective way to meet in order to tackle problems?

We kind of have this notion that we start with problems and move toward opportunities. I think those tactics are easier to put in place in one-on-one or working groups or smaller groups of folks where you really find a problem that everyone can agree on and orient to that problem and demonstrate that you can actually solve that problem together. And then you build trust. So I think it is in those moments of impact that change happens. And then once you get that rhythm, I think you also want to augment that with not town halls, but brown bag events.

What does Jason see as the biggest opportunity for the city and county as it relates to data over the next three years?

It's actually been really clarifying in some ways with the COVID response, because I think that is setting a mold for where we could move in the future. I don't like being in a pandemic, but I am optimistic that in in that three-year timeframe that we will be in a place where we have gotten better at [seeing] what data-driven engagement [looks like], or how we get that input from the community to make sure that we're producing information that is useful -- not just checking the transparency box, but doing things that actually help communities solve problems with us as government. That's where I want to get.

Jason Lally is the Chief Data Officer for the City and County of San Francisco, responsible for developing city-wide data policies and leading the DataSF team to remove barriers that prevent departments from maximizing their data’s value. He has been with the City for over 6 years and came to open government and open data through his work in cities and regions across the country on data-informed, community planning processes.

Jason’s mission is to grow and build teams that put data to work through analysis, engineering, and data science. He is a leader in civic data and its many uses with 10+ years of experience in data management, analysis, visualization, and engineering. Jason earned his Masters in City and Regional Planning from the University of Pennsylvania.