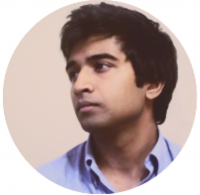 I think it’s safe to say that just about everyone who’s been to college misses it, at least a little bit. Things were simple and good ...
Read More
Home Page